We're excited to announce the feature that makes Curate the most advanced florist software available and it's ONLY available in Curate! Drumroll...

Forms
Long gone are the days of copying and pasting information from Google Forms. You can now have potential clients fill out a form and have it automatically imported into Curate waiting for you to create a new event! When a client fills out a form, you will get a notification that the form has been filled out so you can get started on creating your proposal.
Curate forms is HUGE because it completes the entire customer lifecycle. From the time the customer first fills out until you're mark on the checklist that you've picked up everything from the event, it's ALL in stemcounter. The inquiry, the proposal, the signed contract, the payments. Every stem, vase, and fee. This feature is what Curate is all about!
Oh, yeah! We also have another new feature update for Startup (formerly Events) users.

“[Name], Here is your proposal. You can reply to this email with any questions that we can answer for you. -[Company Name]”

Many of our florists spend a bit of time editing this default text when sending a proposal to a client to a more personal message but now you can now save template messages to send to your clients with their proposal link. This means that the email can sound more like you without having to spend an extra five minutes drafting the email body. Go to your profile to see the Templates tab!
Not a Studio user? You can still update the standard message for your email, but won't have the option to add aditional templates.

Replace Items
Imagine this: you've spent 8 months with a light pink peony in the proposal, and now your wholesaler says they can't get it. But they can get a hot pink, which still fits her color scheme.That can be a lot of time and effort going in to manually change recipes in each proposal you're working with.

Now, with a simple click and select of a new item from your library, you can change that item throughout all of the proposals.

You can use it to:

We can't overstate how powerful this tool is and how many new possibilities it opens for simplifying your workflows!

Share Curate
It’s now easier than ever to share Curate with a floral friend! And you can even get paid to do so by clicking the new “Share Curate” button. Your friend will get their first month for FREE and you’ll get $47 off when they sign up! So start sharing the Curate love with all of your floral friends!
Not a Curate user but have a friend that uses Curate? Ask them to send you a coupon code to get started!

Payments Wrench Menu
Curate uses a Stripe integration to allow your clients the opportunity to pay by card directly from the proposal. However, Stripe has a 2.9% + 30 cents fee for each transaction that you definitely don't want to cut into your profit. Now showing the credit card fee on the proposal is easier than ever. Simply select the wrench menu and enter the % credit card rate. Then the actual amount due and the amount due if paid by card will be visible to the client when they get the proposal.
Have another feature you're dying to see in Curate? Click the new "Make a suggestion" hyperlink under the menu on the left of your screen to let us know how we can make Curate better!

Quick Event Info
Ever need to know what's going on in a single event quickly without having to open it? Now you just need to hover over an event name and you'll see some of the highlights, including the total cost of the event, whether a contract has been signed in Curate, and what payments have (or haven't) been made. 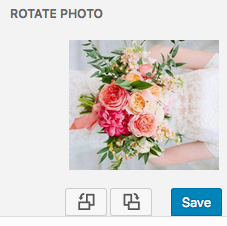 Rotate Photos
Did the photos from your phone get uploaded sideways? No need to worry anymore. Simply click on the +photo button, select the photo you'd like to rotate. Then scroll down in the edit section on the right and, with one click, rotate the photo to the left or right.
Add New/Update Customer
You can now see all the customer properties in one place as you enter a new customer! You can also see the details alongside your proposal by clicking "Event Properties" from the sandwich menu while in workroom view. PLUS Studio users have the ability to create custom Customer and Job Properties by using the Forms feature we recently released! 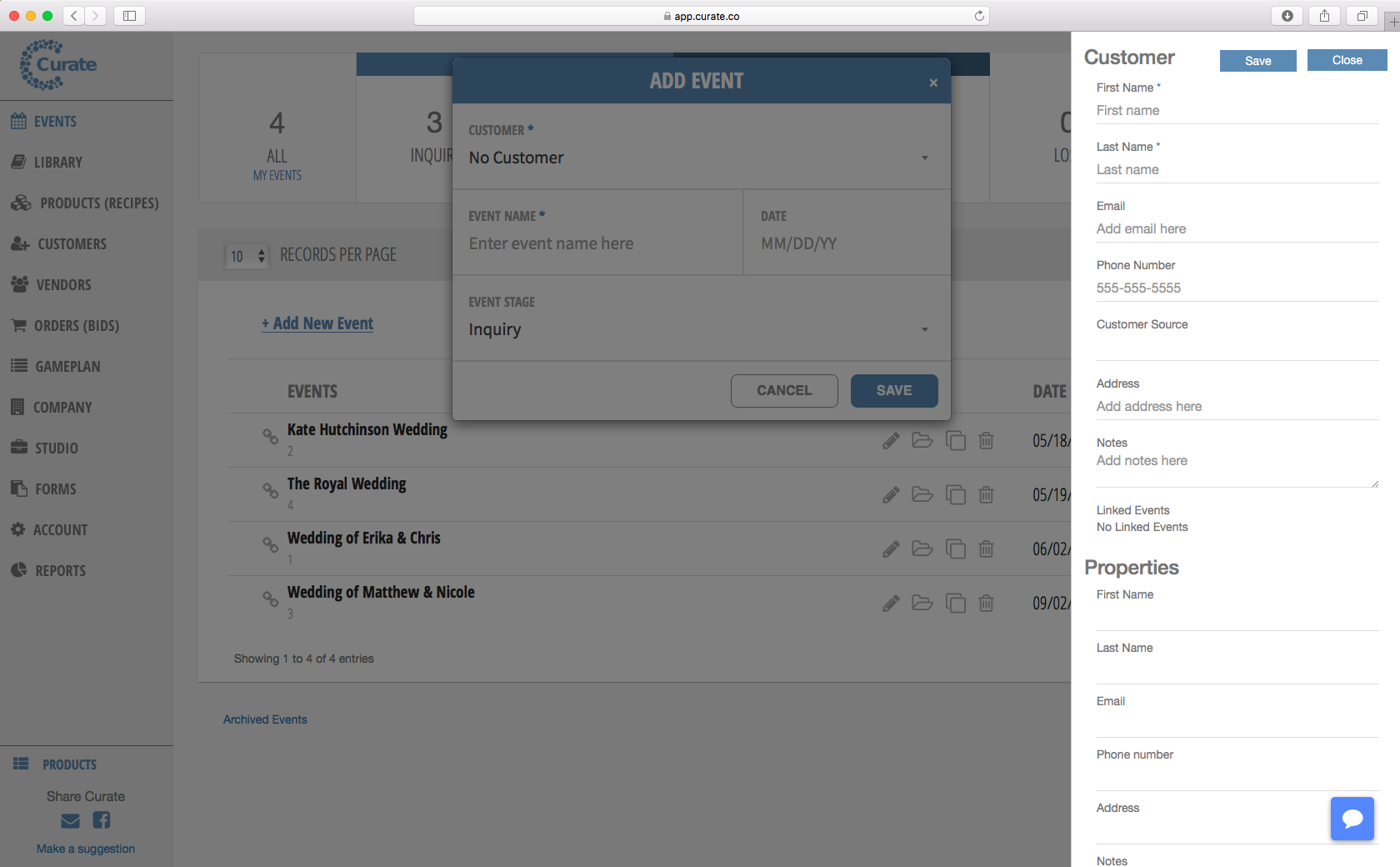 Sneak Peek of Our Newest Theme